The  family has been closely connected with this chapel from its earliest days. Robert Holland who died in 1705 had been pastor of our sister chapel at Allostock until 1700. Her great-great grandfather, Peter Coulthurst, was a founding trustee and was buried here in 1741. Two others, John Turner and Thomas Coulthurst , were ministers here and are buried under the flag stones in the aisle. The former had previously been minister at Preston where he was publicly thanked for his services against Jacobite rebels in 1715. The Turners produced a dynasty of fine preachers including the Rev. William Turner of Newcastle (where Elizabeth stayed before her marriage). There are a number of Coulthurst graves in the churchyard.

Elizabeth’s maternal grandparents were Samuel Holland of Sandlebridge and his wife Ann Swinton. They had three sons and six daughters. The eldest, Peter b.1776 became a doctor and lived in Knutsford and was a life long trustee of this chapel. His son – Henry, Elizabeth’s cousin, eventually became a Physician to Prince Albert and Queen Victoria as well as to six Prime Ministers. The second son, Samuel b. 1778 became a merchant in Liverpool and the third son Swinton b.1777 set up in trading and banking and had a large house in Park Lane

Their daughter Elizabeth married William Stevenson, who after unsuccessfully trying various careers obtained a minor post as Keeper of the Treasury Records in London. They had a son John followed by several miscarriages and then a daughter, named Elizabeth Cleghorn. When the baby was 13 months old her mother died. William asked one of his wife’s sisters, Hannah Lumb, if she would look after baby Elizabeth. Hannah agreed even though she had her invalid daughter Marriane to care for and so Elizabeth came to live in a large house (Heathwaite) opposite the Heath in “dear sleepy Knutsford”

Elizabeth had a very happy childhood with Aunt Lumb who she later said was “ more than a mother to me”. She loved going with Uncle Peter in his dog-cart to visit his patients and visiting her grandparents at the farm at Sandlebridge. Sometimes picnics and garden parties were held in the grounds of the large country houses outside Knutsford and she joined her cousins and friends on these. She also visited her uncles and aunts who lived further away.
All the Holland family were Unitarians and she attended this chapel every Sunday with Aunt Lumb and when she got older became a Sunday School teacher.

She had lessons in reading and writing from Aunt Lumb who also taught her sewing and household management. Uncle Peter’s daughters who were older than her taught her other subjects and she was very fond of Monsieur Rogier who had left France to escape the French Revolution and taught her French. She loved reading and in fine weather would sit under the huge cedar tree in the garden with her books. She didn’t go to school until she was thirteen.

A big sadness in her otherwise happy life was when her brother John disappeared in Calcutta after leaving his ship and was never found.
Elizabeth enjoyed going with Aunt Lumb to visit her women friends in Knutsford. She listened to all the chit chat, stories and gossip. She really loved Knutsford, its people, its cobbled streets, its buildings and its way of life.
Later after she had married William Gaskell, a well respected Unitarian minister, and moved to Manchester she used her life experiences in Manchester and her happy childhood memories of Knutsford as material for her novels. Her sense of duty and strong Unitarian faith, which was direct, scripture-based and, above all practical influenced her life and her writing.

Examples of how Knutsford life influenced her writing

Elizabeth would have heard about Highwayman Higgins who lived a few doors from Heathwaite and was hanged in Carmarthan in 1767 and so she wrote The Squires Story, based on his exploits. When she wrote Ruth, her controversial novel  about a fallen woman and the harsh treatment shown towards her, the minister who showed kindness and gave practical help was Mr. Benson a Unitarian minister. The description of his chapel was that of Brook Street Chapel.

She heard about the straight-laced, prejudiced Lady Jane Stanley who behaved like the fictional Lady Ludlow.

Tabley Old Hall was used in Mr Harrison’s Confessions and also as Hamley Hall in Wives and Daughters and Lady Jane Stanley’s home, Brook House, became Mrs Jamiesons house in Cranford. Uncle Peter became the model for Dr. Gibson in Wives and Daughters which is set in Knutsford (Hollingford) and also the doctor characters in Mr. Harrisons Confessions and Cranford. His two daughters, Mary and Lucy became the models for Miss Jenkins and Miss Matty in Cranford. Captain Hill who fought at Waterloo was given a house at a peppercorn rent in King Street by his old Commanding officer Wilbraham Egerton and became Captain Brown in Cranford.
The Royal George was where the ladies of Cranford marvelled at Signor Brunoni’s magic tricks and where a ball was held in Wives and Daughters Funny incidents that Elizabeth had seen: Mrs Harker’s cow dressed in grey flannel shirt and bloomers on the Heath after getting burned by falling into a lime pit, and the cat that ate the old and much-valued piece of lace were retold in Cranford, where Mrs Harker became Mrs. Barker.

Cranford which was published in 1863 is a nostalgic and loving tribute to the Knutsford of her childhood.

Early events that had a profound effect on Elizabeth

The devastating effect of the loss of her brother never left her and there is a recurring theme of hope that a lost character would return eg. In “Cranford” when Miss Matty’s brother Peter was presumed drowned.
The fact that Elizabeth’s mother died and that she was brought up by Aunt Lumb made Elizabeth very aware of the need for non-biological loving mothers. The care of children is one of Elizabeth’s most crucial tests of moral values eg. Miss Galino in My Lady Ludlow adopts her dead lovers child and in Mary Barton, Alice Wilson brings up her brother’s son. 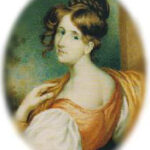 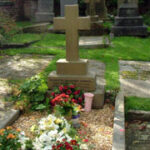 The Gaskell Grave at Brook Street