A History of Brook Street Chapel

During the Commonwealth Cheshire was almost completely a Presbyterian and Parliamentary County.

After Cromwell’s death Charles II returned. Parliament and the House of Lords were restored and quickly decided that dissention in the Church and Universities should end and passed the – Act of Uniformity of 1662 which was intended to humiliate and destroy the Puritans leaving England with 1 church and 1 political allegiance. The puritan clergy could only stay within the church if they denied their own principles hence The Great Ejection when 2,000 ministers including all 62 in Cheshire were ejected. This resulted in the rise of organised dissent.

A long period of struggle and suffering followed when dissenters met and worshipped secretly with the threat of being fined, imprisoned and being transported hanging over them.

In 1687 James II passed The Declaration of Indulgence  which made it legal for dissenters to appoint their own preachers.  A young William Tong was appointed and several homes licensed as places to meet. The numbers of dissenters grew and grew. With the protestant William and Mary on the throne came the 1689 Act of Toleration. Dissenters could now leave the Church of England (up until then people were made to attend services or risk prosecution) and lawfully hold their own services BUT they needed a building in which to worship.

A very generous gift of land was given by Isaac Antrobus (a Knutsford tanner and life long dissenter) to build a chapel and a small burial ground while other members gave money for the building and fitments. William Tong helped Isaac Antrobus organise the building of the New Chapel which was built so that it was inconspicuous and resembled a private house or farm buildingbecause the dissenters had a very real fear that the right to public worship and freedom from prosecution could be withdrawn. (A clause was included in the settlement to cover this event). It is said that lookouts were posted by the outside steps to the galleries in case of attack.

William and Isaac will always be remembered with gratitude by members of this congregation for founding a Chapel in which members are free to worship God according to the dictates of conscience.

One of the differences between the dissenting view and the Anglican view was that Anglicans emphasised the sacramental role of the priest while Presbyterians regarded the preaching of the word of God as central and consequently believed in educated and well-paid clergy. Candidates for the non-conformist ministry had to be extremely well educated and closely examined as to their competence by the Classis.

“Brook Street Chapel has been served throughout its history by many men who are worthy of the greatest respect and honour.  Whilst this is perfectly true of the Ministers it must also be said of the laymen.  Beginning with Isaac Antrobus and coming right down to our own times, the chapel has been nobly served by a body of faithful and conscientious laymen(and women)”
George Payne

Some Milestones in Chapel Life

Rev. Robert Lord 1740-1790
The chapel changed from being Presbyterian to Unitarian

Rev. Henry Green 1827-1873
Published  Knutsford, Its Traditions and History and developed a Sunday School and wanted a hall to be added to enhance the teaching and social activities of the chapel.

Rev. J.B.Lloyd 1873-1885
During his ministry  the building and opening of the new school room took place. The land was generously donated by Mr. Long of Grove Park and Mrs Houghton raised the funds.

In 1907 an extension to the school room was opened again on land given by the Long family.  This provided a Committee Room and kitchen and other facilities to accommodate the increasing activities of the chapel including the recently founded Womens League.

Rev. William Whitaker 1930-1939
In 1932 the Chapel Garden was opened. The land was given by Mrs Poynter Adams & her daughters who were the Misses Holt. The land was laid out by the Chairman, Mr. Cowburn of Booths Hall.

Rev. Stanley Mossop   1946-1955
He organised many youth activities including the Rose Queen Festival and annual visits to Great Hucklow.

Rev William Strachan 1967-1984
He wrote a book called “ Brook Street Unitarian Chapel-Then and Now”. He also made a plan of all the graves both under the chapel and in the graveyard and recorded all the inscriptions, translating some from Latin.

Rev. Paul Travis
Made alterations to the gardens at the front of the chapel and had floodlights installed so that the Chapel was more visible. He also drew attention to the chapel via his musical prowess.

Rev. Alex Bradley 1998-2009
During his ministry an Access Improvement Group (AIG) was formed to improve access to the chapel. The AIG consisted of the minister and 6 members of the committee who were responsible for organising the building, including a lift, and raising funds. Mr. Jimmie Glass a retired chairman donated £120,000 which together with grants and fund raising events raised
the £300,000 needed to begin building.  By the time the Rev Bradley left to become Principal of the Unitarian College Manchester it was almost complete.

Rev. Jean Bradley  2010-2018
The new building was officially opened in 2010 by the Lord Lieutenant of Cheshire.  Since then the Exhibition Rooms have been developed.  Jean has introduced a number of new initiatives for the benefit of the people in the congregation and the town thus making the chapel even more visible. 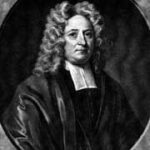 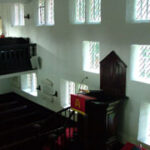